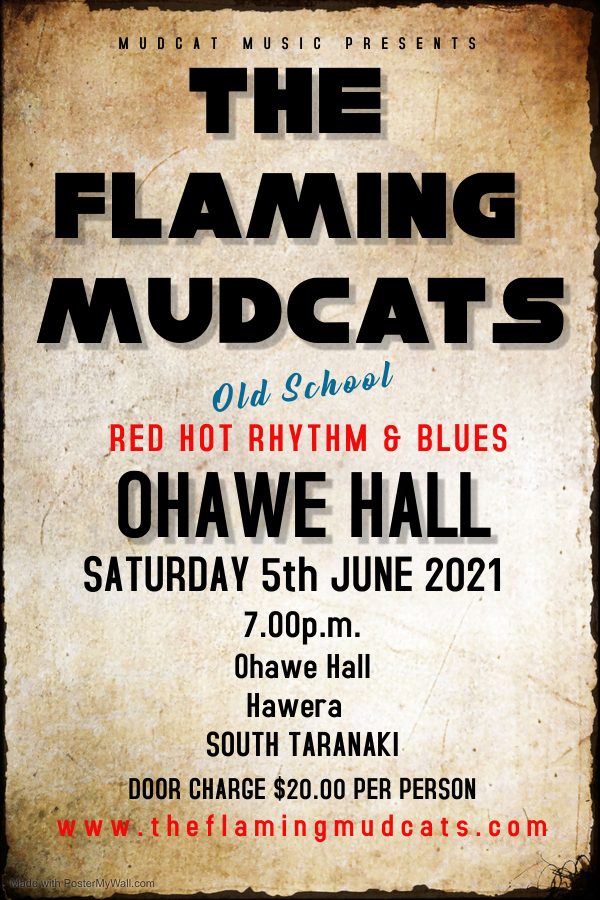 “Blues sunny side up, over easy, spicy or funky …. it’s all on the menu with these guys.”

Formed in 2009, The Flaming Mudcats are fronted by Craig Bracken on vocals and harmonica along with guitarist Doug Bygrave, while bassist Johnny Yu and drummer Ian Thomson form the tight rhythm section.

Regarded among the country’s premier Blues outfits, they have released three albums, performed in festivals and clubs around New Zealand as well as Australia, the Pacific Islands and remarkably taken their blues back to its source…. the US.

The band played twice at the Crossroads Blues Festival in Illinois, alongside the likes of Lil Ed and The Blues Imperials and Tad Robinson. They also played in Austin, Texas and at two of Chicago’s oldest and most iconic clubs, Kingston Mines and B.L.U.E.S. …. the pure beating heart of Chicago blues.

Their energetic sets blend original material and covers drawn from their eclectic influences. Killer grooves, blazing licks and harp wizardry. Dance your socks off to butt-shaking belters, soulful grinders with everything in between … welcome to the Flaming Mudcats show.