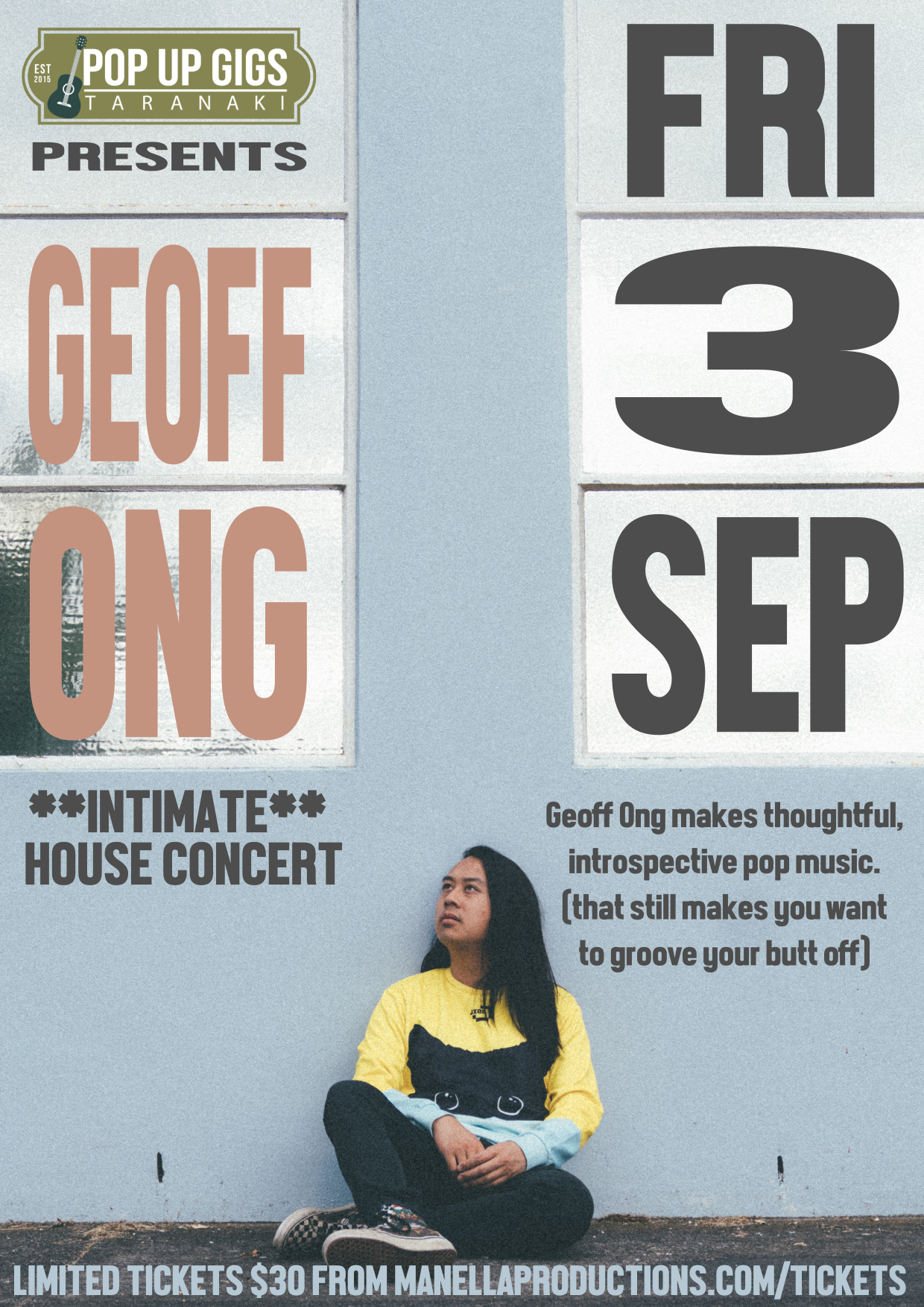 Pop Up Gig with Geoff Ong

We’re super excited to present our next Pop Up gig with the one and only Geoff Ong!!!
Geoff Ong makes thoughtful, introspective pop music.
(that still makes you want to groove your butt off)

Geoff Ong wants to be a pop star for dorks. Pop music can feel lacking in authenticity and connection, especially for people who don’t always feel like they fit in with the cool kids. Geoff Ong wants to fix that. This is the mainstream, for the misfits.
Over the last 3 years, Geoff has been building a career as an independent artist in New Zealand – cultivating a passionate fanbase through a combination of online engagement, electric live performances, and his own brand of quirky pop songwriting.
With 5 songs from his 2020 debut album “Maybe It’ll Be Alright” landing in the Top 5 of the Official NZ Music Charts and consistent radio airplay across New Zealand’s commercial hit music stations, it’s clear that there is big love for Geoff’s music.
Outside of music, Geoff also feels strongly about the importance of racial diversity and representation in mainstream media; as one of the few Asian faces in the pop music sphere, Geoff feels a responsibility to create discussions around this.
Don’t miss this intimate special performance.
Limited tickets $30 from www.manellaproductions.com/tickets