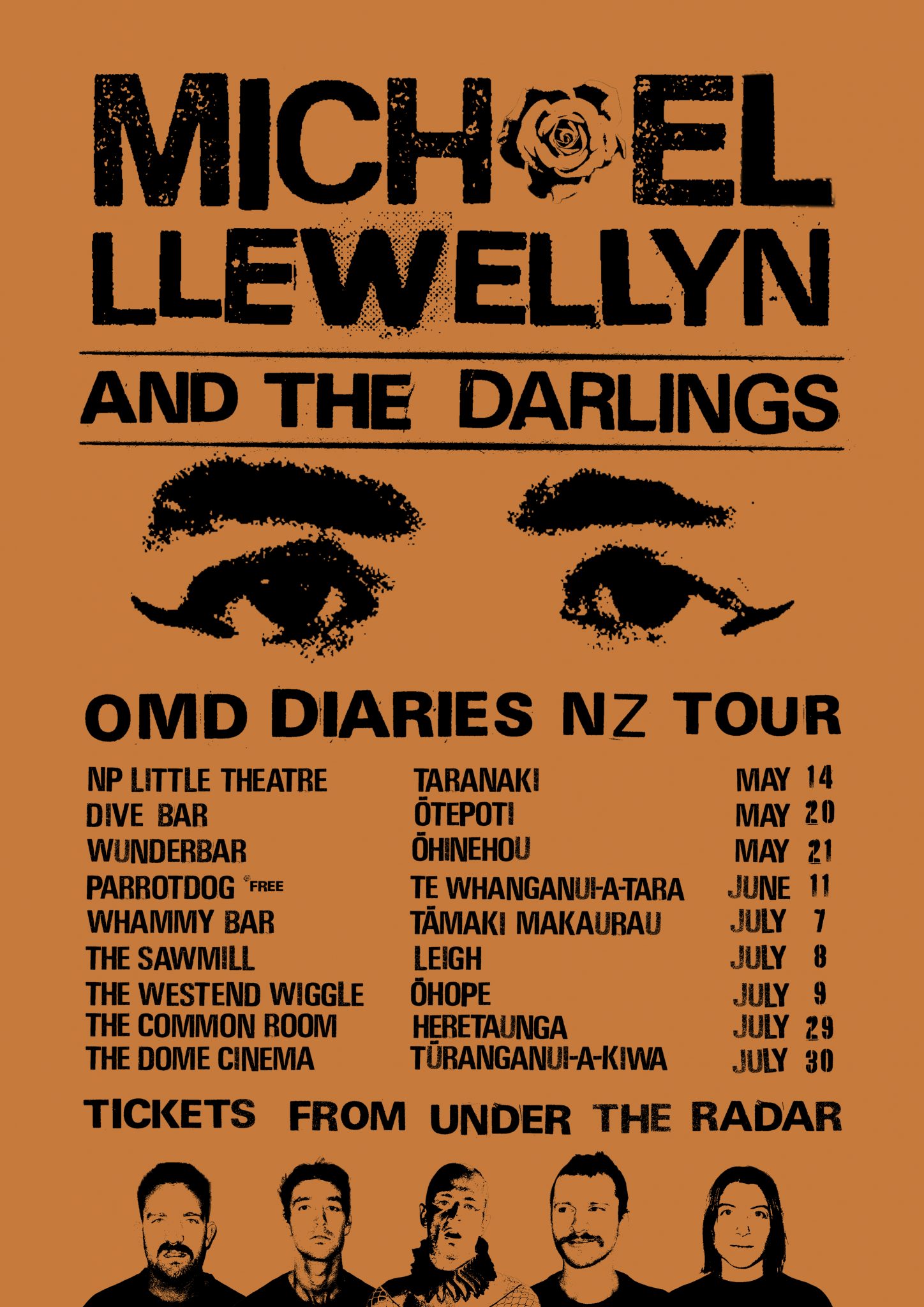 Michael Llewellyn & the Darlings at the Little Theatre Sat May 14.

Michael Llewellyn & the Darlings return to the Little Theatre for the first stop on their OMD Diaries Nationwide tour.

Soft and raspy, poetic and bouncy, ‘Michael Llewellyn’ with his backing band ‘the Darlings’ are a six piece explosion based outta Te Whanganui-a-Tara.

Michael’s birth into music came out of a time he spent living here in Taranaki. Michael describes those years as ‘Healing and gentle, I wrote lots and walked more, I wasn’t in a very good place and the land helped’.

Michael soon moved to Te Whanganui-a-Tara where he put together a band to play and record those tracks he’d put together. Recording ‘Oh My Darling’ their debut record in his living room and releasing it late last year, Michael Llewellyn and his backing band the Darlings have since been able to tour the country.

Catch them on Saturday the 14th May at the Little Theatre, Doors at 8, Music at 8.30. This will be a sweltering hot night of grooves and storytelling. Supported by Sophie & Julia, from the band Dr Reknaw, also based out of Te Whanganui-a-Tara and now living down the coast in Okato.

Tickets available from Under The Radar