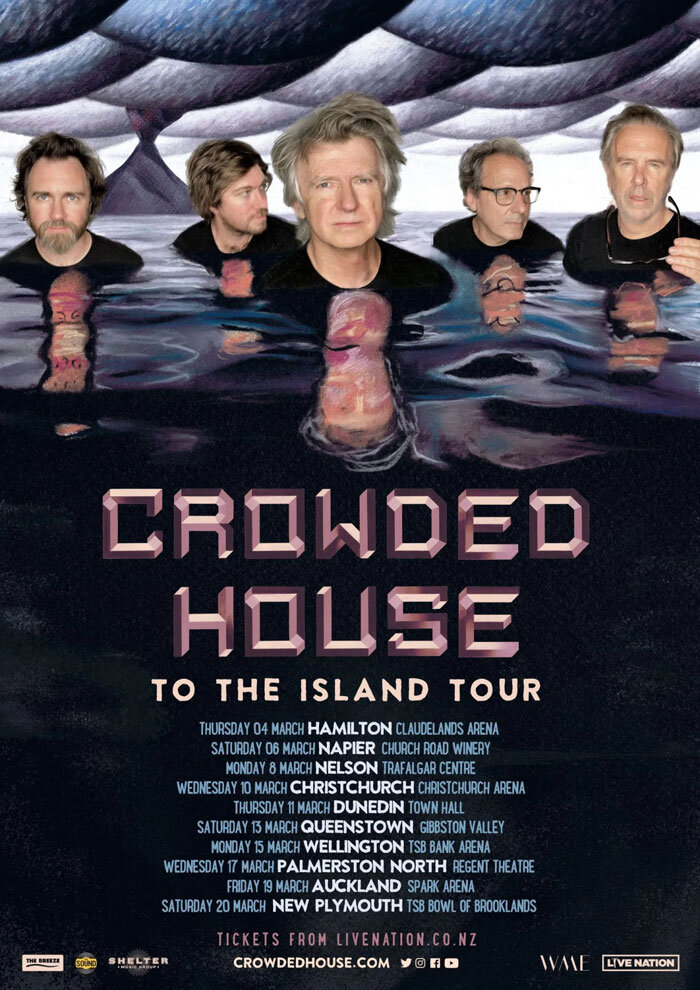 The iconic CROWDED HOUSE will perform at the TSB Bowl of Brooklands on Saturday 20 March – their first gig at our venue in nearly 30 years!

Playing New Plymouth on the final night of their “To the Island” tour, the legendary Kiwi band will play all their biggest hits including “Don’t Dream It’s Over”, “Weather With You”, “Better Be Home Soon” and “Distant Sun” and many more. This will be one incredible evening to round out the summer.

Crowded House have released their first new music in more than a decade with the debut of the single “Whatever You Want”. The tour and new music feature founding members Neil Finn and Nick Seymour along with producer and keyboardist Mitchell Froom, guitarist and singer Liam Finn and drummer Elroy Finn.

“We are thrilled and highly energised to be touring NZ in March. The shows will be a joyous occasion for us, with all the songs from our history that still resonate, some new music to unveil and our home crowds to share all that with…feeling truly blessed,” said Neil Finn.