What show are you involved with? THE dNbarcade

When did you join The Most? I studied Radio with The MOSTFM in 2004, I’ve had guest slots with Studio Kinda Cloudy over the years, I recorded my first 2 hour SOLO show on the dNbarcade in 2011 and have been a more permanent voice for DUB STEP on the dNbarcade since 2014

What is your favorite aspect of being involved? I just love the like-minded whanau that are involved, we all are extremely passionate about our chosen music genres and thrive on our Taranaki music community

I play the deeper sound of Underground Dubstep and Bass genres 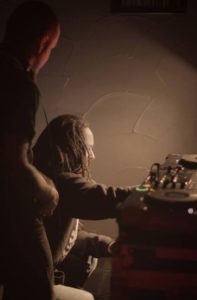