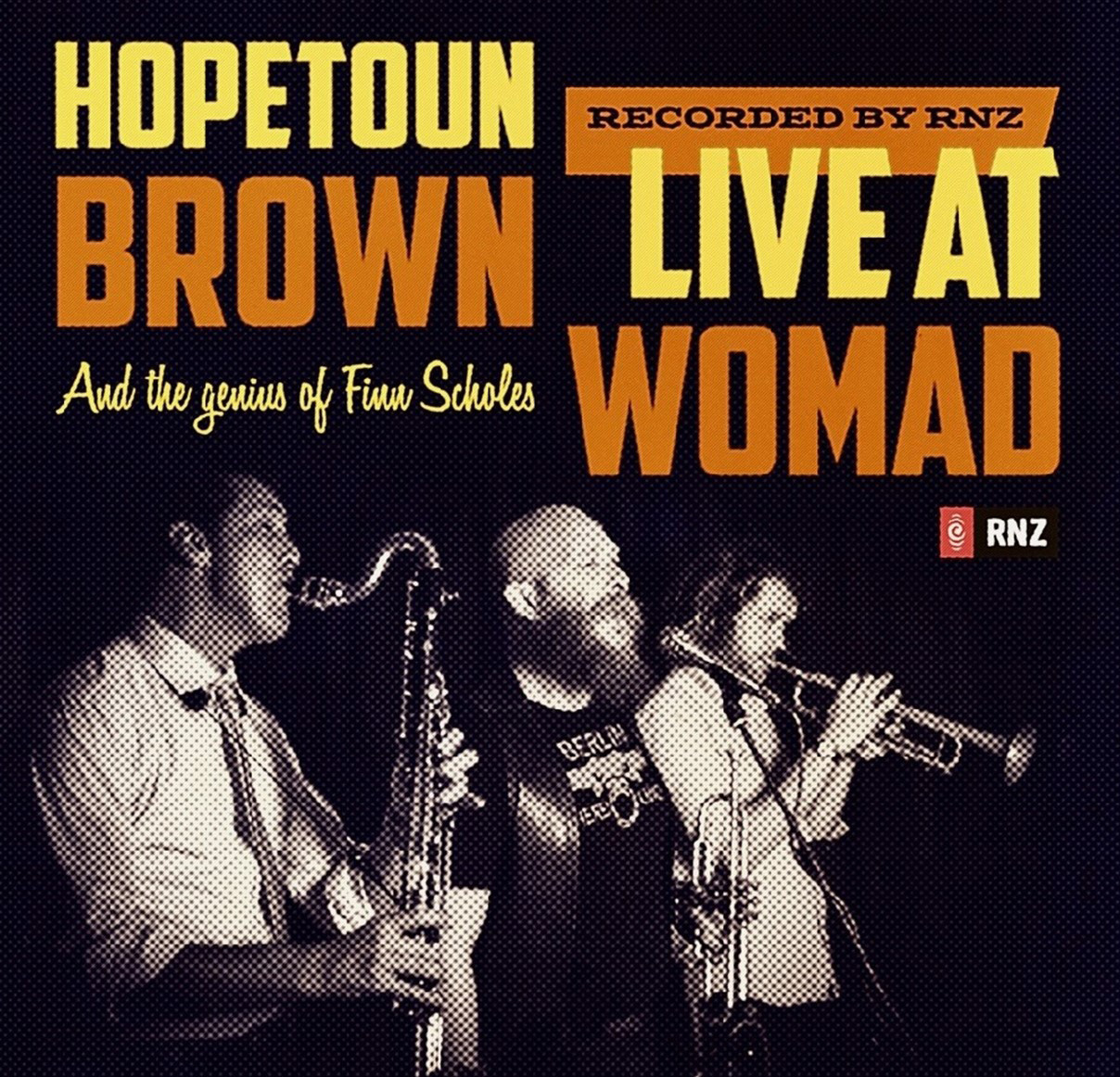 Hopetoun Brown and the genius of Finn Scholes return to the streets, their antique wind instruments shrieking wildly.

Welded to their horns at birth Tim, Nick and Finn were born to march about the nation bringing blues, stomp and soul to every corner of our shaky isles.

Playing songs from their three highly regarded studio albums the boys are also releasing their first ever concert recording to coincide with a 22 date national tour: Hopetoun Brown Live at WOMAD.

Thanks to the kind folks at Arts on Tour NZ you can see and hear the wonders of this show in a town near you.

Expect stratospheric high notes exploding from the trumpet bell of Finn Scholes, marvel at the sweat pouring off bass clarinet player Nick Atkinson as he underpins the lyrics produced by the golden tonsils of lead singer Tim Stewart. The trio bring trombones, saxophones, tubas, tambourines, a Rhodes electric piano and a full-size concert vibraphone to the stage, which will be constantly pulsing with Stewart’s legendary stomp.

“It’s their pervading sense of fun together with a respect for antique jazz, blues, plantation work songs, doo wop and funk that gives Hopetoun Brown their edge” – Metro Magazin