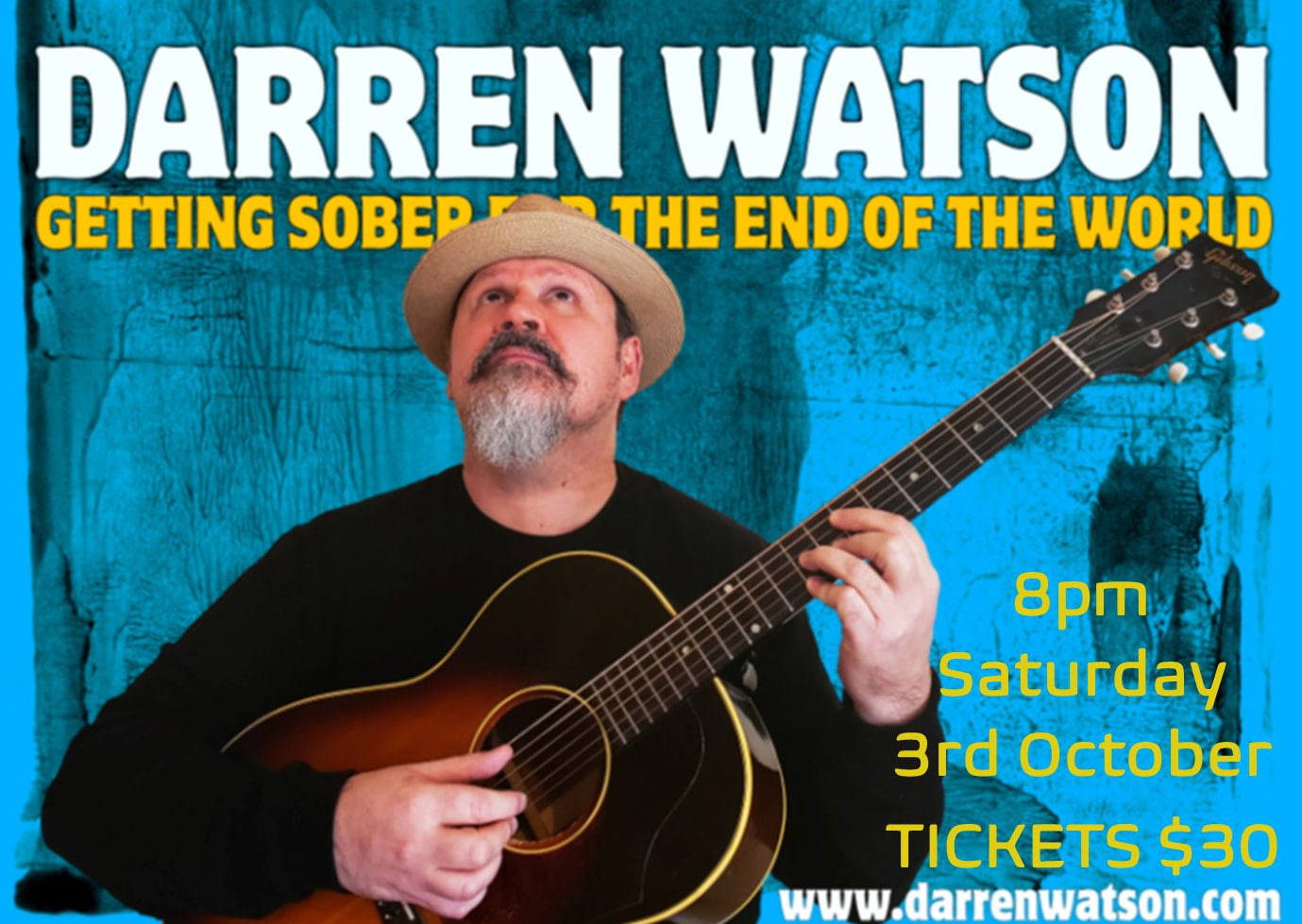 Beloved Aotearoa folk-blues musician Darren Watson is releasing his new album Getting Sober For The End Of The World on October 1. And he’s hitting the road to bring it to you across the country all October-long!

The album tells a diverse range of stories in song – from the upbeat title track about giving up the party life just as Earth seems about to end, to the poignant ballad of ‘Ernie Abbott’. In 1984 Abbott, Wellington Trades’ Hall caretaker, was murdered in one of New Zealand’s most infamous acts of domestic terrorism. The case is still unsolved and Watson exquisitely asks “…who put Ernie Abbot’s soul in God’s hands?” Mavis Staples guitar Rick Holmstrom brings his trademark swampy guitar to ‘Alison Jane’.

Door sales if available. Do grab your tickets early as selling fast

“If Ry Cooder had a long-lost New Zealand cousin, it would be Darren Watson. In ‘Getting Sober For the End of the World’, you can smell the crawfish étouffée bubbling on the stove while a New Orleans first line shuffles and slinks past the window, the lyrics carrying you along with the unifying connection of music and humanity.”