Home
>
Most FM Crew
>
Matt Hardy
Balistics
Balistics (aka Matt Hardy) caught the drum & bass bug a little later than most, being introduced to drum & bass in early 2001 whilst living in Wellington. After 4 years in Welly he moved back to his home town of New Plymouth to spread the music he loves to all that do & don’t know. Shortly after his return Balistics started a radio show “The dNbarcade” on The Most 100.4FM / 88.3FM, streaming from www.mostfm.co.nz/ every Saturday night 8-10pm NZST. 14 years on in 2019 The dNbarcade continues to receive a huge amount of support from Taranaki locals & people abroad alike. With the addition of local New Plymouth DJ Tane Manu to the show in 2010 Balistics, Tane & The dNbarcade will continue to grace the Taranaki airwaves with quality drum & bass & dubstep for many many years to come. 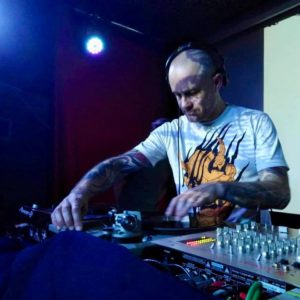